You are here: Blog / Archives for camp advisors 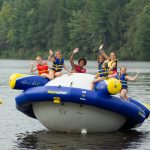 WOW, what a difference a year makes! Tips on Trips and Camps advisors enthusiastically helped thousands of families find overnight camps and teen experiences for summer 2021. It was an interesting ride to get to this moment, and I am so proud of our trusted team. Like the directors of the programs we represent, we are “camp people,” so it’s no surprise that our team figured out new ways to advise and help our families. Camp fairs canceled? No problem, we offered them virtually. Camp visits postponed? We Zoomed and Zoomed and Zoomed some more with hundreds of our programs. Some of our veteran advisors decided the time was right to move on, and we now have two new advisors for New York City and Chicago. They bring new energy and ideas to our team. We are not just bouncing back but bouncing forward as well.

As kids start leaving for their summer experiences, we will be celebrating both the normalcy and specialness of sending kids off on summer adventures. We are proud to play a role in making that happen. New memories are right around the corner!

It’s time to think about Summer 2020.  What will your kids be doing this summer?  Do you prefer that they stay at home or explore new interests, make new friends and perhaps unplug for a period of time?  An easy way to start the process of finding an overnight camp or summer program is to attend a camp fair.

Here are some reasons to attend a camp fair near you:

EXPLORE CAMPS AND PROGRAMS:  Come with an open mind …. There are so many wonderful overnight camps and programs to learn about!

TALK TO DIRECTORS & ASK QUESTIONS:  Most often it’s the camp director or assistant director who is at the camp fair.  Talk to them and ask questions.  Get a feel for the programs and what they are all about.

BRING YOUR KIDS:  Let your kids explore, too.  Let your child have a say in where they go. Don’t be surprised, though, if they find a camp or summer program different from what you think would be best for them.

Camp fairs provide an opportunity to collect information.  Pick up brochures of camps and programs you are most interested in and then go home to review them.

If you’re lucky to be attending a Tips on Trips and Camps Fair, look for an advisor to help you.  Ask them questions about the programs you’re most interested in.  Didn’t see what you were hoping to find?  Let an advisor guide you to the right camp or program.

And after you’ve reviewed the brochures you’ve picked up, call a TIPS Advisor for more information and, if needed, to help you distinguish between the programs you’ve found most interesting.

If you can’t find a Tips on Trips fair near you, give an advisor nearest you a call: https://www.tipsontripsandcamps.com/summer-advice/find-an-advisor/

Come to the fair with the confidence of knowing that WE are there to help guide you in finding the ideal program for your child! 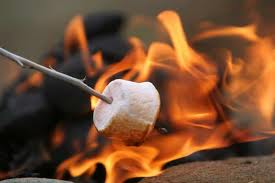 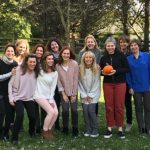 With Thanksgiving right around the corner, the Tips on Trips and Camps girls, want to say how thankful and appreciative we are for allowing us to make your kids summer amazing. As your families gather to spend quality time together, here are a few suggestions to make those special forever memories:

*Deliver a meal together

Wishing you and your family, a Happy and Healthy Holiday Season! 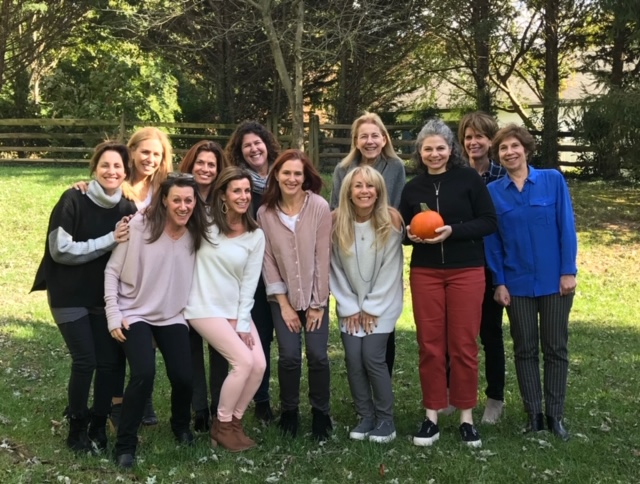 With more than 7,000 overnight camps in the United States, parents can feel intimidated about choosing the one that’s right for their child.

Fortunately, there exists an industry ready to help: camp advisers.

“I know people who just send their kids wherever their kids’ friends have gone without investigating other options,” said Stephanie Vordick, a mother of two and an interior designer in Rockville, Maryland. “For me, I had expectations for sleep-away camp that I wanted met.”

Vordick wanted a four-week session at a non-denominational camp on a lake. It needed to have sports but not be too competitive, and it had to be “a camp that had tons of awesome traditions, but was welcoming to new kids,” she said.

With the help of a camp adviser, she found the program in New Hampshire that her son, now 14, attended for four summers.

My decision to try an adviser came when my teenage daughter said she wanted something more specialized than the camp she had attended the past two summers.

I began with a half-hour phone interview with Lois Deckelbaum of Philadelphia, one of 16 advisers working for the Baltimore-based Tips on Trips and Camps.

The 45-year-old company represents about 350 overnight camps and 250 other programs. They make site visits to about 125 per year.

That expertise cost me nothing. The advisers are paid a commission by the camp if a child enrolls.

Deckelbaum asked about our budget, my daughter’s interests, her personality, previous camp experience, what geographical area we would consider, urban or rural setting, allergies and dates, among other things.

A few days later, she emailed me information on four camps — in Vermont, Connecticut, New York City and France — as well as an endorsement of a camp I’d asked about but which isn’t represented by her company. She knew it by reputation and suggested I keep it in the running.

One of the camps on her list sounded promising, and Deckelbaum gave me the director’s contact information and a lengthy list of questions to consider. (Both Tips on Trips and Camps, and another advisory service called Student Camp and Trip Advisors, Inc., that represents 250 camps, have suggested questions posted on their websites.)

As I gathered information, I gained a clearer picture of what type of program would work best for my daughter and asked Deckelbaum for some additional camps. She suggested two more, one in Maine and the other in Iceland.

He recommends that parents using camp advisers review their credentials and background to make sure they are a good fit for the family.

Alternatively, the ACA offers a searchable camp database on its website, though only two of the 10 programs I had looked at for my daughter came up in the search.

Although the Internet has made it easier for parents to research a wide variety of camps, it can be even harder to choose from the abundance of options.

Parents will say, “I’ve looked at 25 different programs, how can I tell which is a good program and would suit my child’s needs?” said Eve Eifler, owner of Tips on Trips and Camps.

“Camps have a specific kind of culture and feeling and attitude and inclusiveness, and those are very hard things to glean from a website. Because we send kids to the camps and we know the directors, we can help,” Eifler said.

Diane Borodkin, owner of Student Camp and Trip Advisors, a 40-year-old company based in suburban Boston, recommends that parents try to visit the camp, and meet with the camp director in person.

That wasn’t possible with the camp we favored, but I spoke with the director by phone, exchanged emails, and got the names of some former campers and their parents to contact. Our decision has been made, the deposit sent off and my daughter can’t wait to attend. I can only hope she’s this happy in that first letter home. 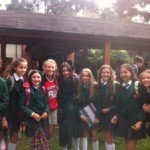 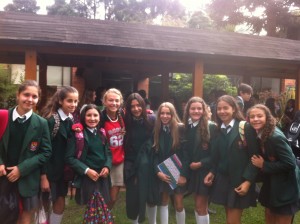 I announced to my husband in early February that we were going to send our 14 year old daughter on a spring break school trip to Columbia. His first words are something I cannot repeat. I quickly reminded him that for 25 years I have been in the camp advisory business of sending young children and teens to sleepaway programs and teen trips all over the world. It wasn’t that long ago that we sent our children at age 8 off to seven weeks of sleepaway camp. He as well as his extended family thought I was out of my mind! After many years of Maine visiting days, I can say he finally gets it! Soo now, we are talking about sending our 8th grade daughter out of the country for a homestay.  I am aware of all the positive reasons for doing so… she will improve her Spanish, she will get to experience a different culture, she will step out of her comfort zone- all true gifts! So, I put the money down. I skyped the Directors of the school she would be visiting, I spoke to the teacher leaders. I asked all the questions I have guided others to ask over the years. Check. So why was I completely sick to my stomach the week before she left. Why did I not sleep at all the night before she left. It is the same reason I don’t sleep well with my kids are at camp for the first few weeks. It is hard. I know in my heart it is the very best gift in the world but it doesn’t prevent my true parental anxiety! It is day 4 of her 7 day spring break trip. I am calm and rested. The frequent texts I received via Whatsap the first two days are slowing. She is making friends. She is comfortable in her surroundings. She is happy and learning so many of life’s greatest lessons. For this I am grateful and proud. I can’t wait to hear all about her trip when she returns. I have taken my own advice and sent my daughter out into the world for an enriching exceptional experience!