Whether your child is spending a few weeks or the entire summer away from home, parents can experience a little anxiety sometimes called Empty Nest Syndrome. Regardless if children are 8 or 18, it is hard to say goodbye. However, a summer separated from your children is a great opportunity for you to have a few weeks of “me” time!

Keep in mind the summer is a lot shorter than you think. Once your children return home, you will remember these few weeks with fondness and longing. As you return to carpools and cell phone messages, you too will start dreaming about summer 2016! 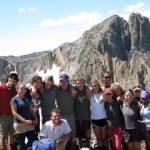 As I prepare my oldest son for graduation from high school and the transition to college, I am not worried that he will be one of the many freshman students who have difficulty with leaving home. Years of traditional summer camps, wilderness/adventure and travel have given him so much confidence in himself and his ability to face new environments with excitement, instead of trepidation. I have no doubt that he will do just fine socially. My fear instead, is that he will do too well socially, and not concentrate on his academics. Admit it – we all have that fear.

In my job as a Camp Advisor, I see it over and over again – the separation anxiety – but usually it is the parents’ anxiety. Often when I meet parents who are interested in sending their kids away for the first time, they admit to me that they are the ones who are not ready to let go. They would prefer one week of camp instead of three or six weeks. In truth, one week is never enough for the child who has barely learned where the dining hall and bathrooms are, before having to go home. They don’t get the opportunity to make as good friends in a week as they would life long friends in the course of a summer.

I applaud parents for knowing there is value in summer camp and teen programs and I understand the financial constraints that are put on families. They are giving their children many gifts with the gift of camp. Parents are giving children self-confidence and often opportunities to explore their personalities and abilities. The children get to find out more about themselves (likes and dislikes, talents, passions) away from the kids they have known their whole lives who have preconceived notions of who they are and where they fit in. Teens can explore career options on college campuses and get a feel for what it would be like in the next phase of their lives. They can taste the freedom of living in a dorm, but the parents have the benefit of knowing their children are well supervised by the program’s staff and counselors. They can master a language and gain confidence in being able to travel to exotic places. For example, learning to take a subway in Paris or order off a menu in China is an experience that builds confidence.

So as summer looms in the not too distant future, consider what would benefit your child the most. Push them to push their limits and stretch out of their comfort zone. Let them explore a passion and see if it is all it is cracked up to be. There is value in finding out that they don’t love a career as much as they thought they would. It might save years of education and training in the wrong direction.

It’s not uncommon for a first time camper to experience homesickness. Some campers may even have a mild case in their 2nd or 3rd year at camp. I can speak from experience having attended camp and gone through homesickness myself. My first year at camp I cried every night getting into a cold sleeping bag and wrote a letter every day that I wanted to come home! Luckily my parents knew enough not to pick me up early!

Not addressing homesickness can significantly affect important life-lessons and social skills. Preparing a child for camp and staying away from home will help them when leaving for college and gaining an independent life as they mature.

For every child, coping with homesickness will vary. There are several ways you can help prepare your children for a summer away from home:

All camps have staff trained to help children cope with their homesickness and some children forget all about it within a few days. Typically, counselors will encourage campers to share reminders of home with each other. Talk to your camp’s director to find out how they specifically handle homesickness and include your child in that conversation too.

A great reminder for parents is to not express your own concern or anxiety about your child leaving for the summer. If they see your strength and confidence about how much fun they’ll have at camp, it will put them at ease.