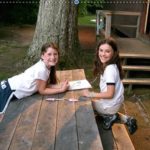 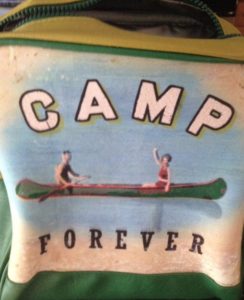 “They all look the same” is a phrase I hear a lot as a summer program advisor from families who are looking at camp websites. Once you have narrowed your camp search to those that have the basic characteristics you are looking for: size, location, facility, activities, etc, how then do you begin to differentiate them?

Besides speaking with a knowledgeable camp consultant from Tips on Trips and Camps, here are a few tips:

I always say finding a camp should be fun, not stressful. Enjoy the process, but please look beyond the website! 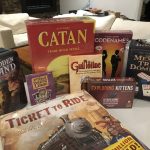 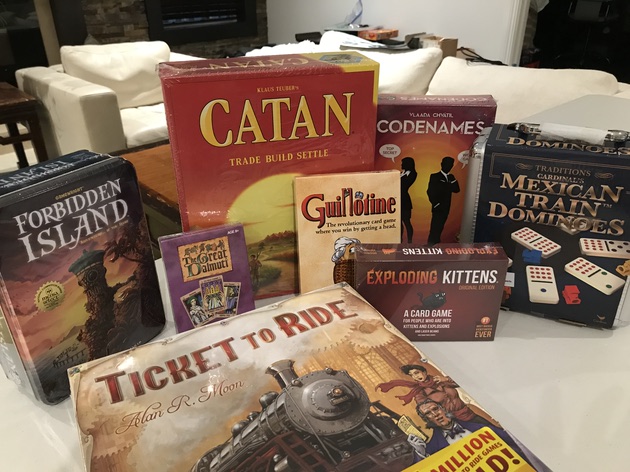 PUT DOWN THE PHONES…
MAKE YOUR FAMILY ROOM THE PLACE TO BE!

1. CODENAMES Ages 10 and up
“Codenames is a social word game with a simple premise and challenging game play. Two rival spymasters know the secret identities of 25 agents.”

2. TICKET TO RIDE 8+
“Ticket to Ride is a cross-country train adventure game. Players collect train cards that enable them to claim railway routes connecting cities throughout North America. The longer the routes, the more points they earn. Additional points come to those who can fulfill their Destination Tickets by connecting two distant cities, and to the player who builds the longest continuous railway.”

3. CAHOOTS 10+
“In this colorful card game, cooperation is key!  Work together as a team to complete a series of goals – without communicating what’s in your hand. Can you make all piles purple or green? every card lower than four? all cards add up to 10? there’s only one way to win before time runs out: play in cahoots!”

4. EXPLODING KITTENS 7+
“Exploding Kittens is a highly-strategic, kitty-powered version of Russian roulette. It was the most-funded game in the history of Kickstarter and has paved the way for peace and tranquility in the modern world.”

5. FORBIDDEN ISLAND 10+
“Dare to discover Forbidden Island! Join a team of fearless adventurers on a do-or-die mission to capture four sacred treasures from the ruins of this perilous paradise. Your team will have to work together and make some pulse-pounding maneuvers, as the island will sink beneath every step! Race to collect the treasures and make a triumphant escape before you are swallowed into the watery abyss!”

6. MEXICAN TRAIN DOMINOES 8+
“Train enthusiasts will love the colorful little trains used as game pieces. Mexican Train is a modern version of Domiones, played with 91 Double-12 Dominoes. Because of its simplicity and interaction, it can be played by nearly anyone, anywhere.”

7. THE GREAT DALMUTI 10+
“Life isn’t fair. And neither is The Great Dalmuti. In one round you’re at the top of the heap, and in the next you could be peasant scum. In this fast-paced game of medieval one-upmanship, players take their places in the pecking order, from Greater Peon to Greater Dalmuti.”

8. TELESTRATIONS 12+
“The outrageously funny game Telestrations will keep your family and friends entertained and laughing! Draw what you see then guess what you saw for hilarious and unpredictable outcomes.”

9. DIXIT 8+
“Every picture tells a story – but what story will your picture tell? Dixit is the lovingly illustrated game of creative guesswork, where your imagination unlocks the tale. In this award-winning board game, players will use the beautiful imagery on their cards to bluff their opponents and guess which image matches the story. Guessing right is only half the battle – to really succeed, you’ll have to get your friends to decide that your card tells the story!”

10. GUILLOTINE 12+
“This irreverent and humorous card game takes place during the French Revolution. Players represent rival guillotine operators vying for the best collection of noble heads over three rounds. You want top bragging rights, so you’d better collect the most prestigious noggins. Will you be skillful enough to bribe the guards and collect Marie Antoinette? Or will you lose points for beheading the Hero of the People.” 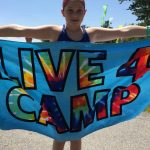 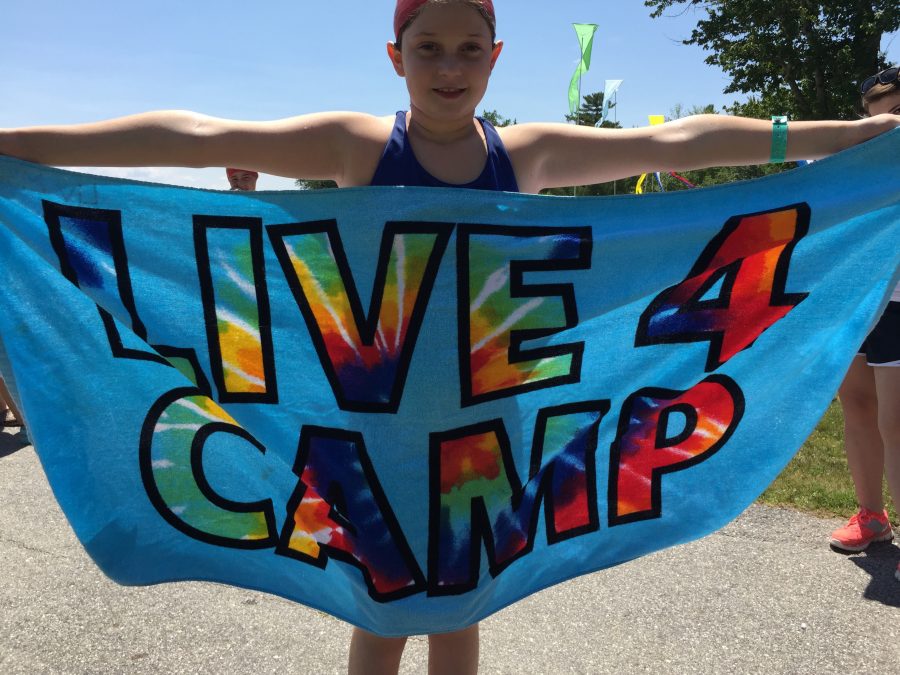 How can the calendar already say December?

My mile-long to do list is stuck in September!

The darkness each afternoon makes me long for the sun,

And also reminds me of one to-do I must get done:

It’s not the holiday planning, shopping, or celebrating,

It’s not the decorating, cooking, or ice skating –

It’s choosing a summer camp for each of my kids!

Sitting on their phones all summer heaven forbids.

But how will I get this giant job done?

Without any worries about whether I’ve found the “one?”

I know what I will do without delay –

I will call Tips on Trips and Camps! Yay!

My Tips advisor asks all the right questions,

And sends me an email with excellent suggestions.

Without much fuss, the decision is made!

I’m the best mom; I deserve a parade!

For all you parents who are worrying what to do,

Tips on Trips and Camps will pull you through!