You are here: Blog / Archives for single sex camps

Regionally, camps often have a common set of characteristics. These characteristics can be based upon geographical attractions or the region’s social mores. One of the ways that camp regions differ is around the issue of single sex vs. co-ed camps.  The East coast offers more co-ed camps, especially the mid-Atlantic Pennsylvania camps. The Carolina camps are predominantly single sex. The Colorado western camps are co-ed, but split into girls and boys camps (called “brother-sister camps”).  Brother–sister camps usually have a gender divide for daily activities and dining rituals, but have socials together at night or on weekends.  The Northwoods Region of Minnesota and Wisconsin is home to an abundance of single sex camps and a number of brother-sister camps. What kind of camp did you go to as a child? Will this inform the type of camp you send your own child? 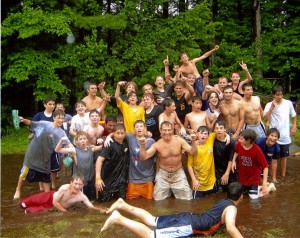